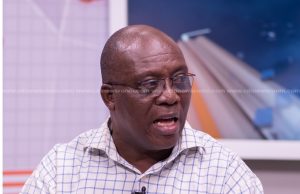 The Membership of the Ghana League Clubs Association (GHALCA), has asked its Chairman, Cudjoe Fianoo to turn down his appointment to the five-member interim committee constituted by government to manage football activities in the country.

Government set up the committee after it secured an interim injunction on all the activities of the Ghana Football Association (GFA).

Speaking to Citi News, the spokesperson of GHALCA Otuo Acheampong, however, said government is supposed to be consulting football clubs on plans to reform the sector rather than setting up a new management body for the sport.

Mr. Acheampong believes Mr. Fianooâ€™s decision to serve on the committee will be regarded as a betrayal to GHALCA.

â€œWe believe that the way government wants to go is quite different from the way GHALCA wants the issue to be solved. Yes, we agree that the Anas video has brought a lot of shame to the country. We are quite concerned about the possible ban from FIFA.

“We know that our members are going to suffer when such ban is given to Ghana so government is not going to sit down and accept our proposal. We felt that Mr. Fianoo would have done a lot of disservice to those who voted for him so we have made it clear to him that any attempt to accept anything from government will amount to betrayal.â€�

A statement signed by Information Minister, Mustapha Hamid (PhD) said the committee will oversee the â€œadministration of football and other related mattersâ€� in the country, while more permanent measures are worked out to sanitize the local game.

The formation of the committee is the latest of governmentâ€™s actions in the wake of revelations ofÂ corruption in footballÂ in Ghana by Anas Aremeyaw Anas.

The statement added that the government would keep engaging with FIFA and CAF on the way forward for Ghana football after the revelations in the Anas tape.

How long is the committee working for?

Although the statement did not reveal the working period for the committee, it did say that the government would look for a more permanent injunction on the Ghana FA.

This meansÂ that the committee could remain in charge of the local game until a roadmap is put together in terms of the creation of a new football association and the election of its members.

Kwesi Nyantakyi, who recently resigned as President of the GFA was also caught on tape plotting to fleece the FA of sponsorship money while promising supposed investors access to President Akufo Addo for a fee.

He even went ahead to outline a blueprint laden with details on how to bribe politicians in strategic positions in a bid to gain control of key projects within the country.

The State has filed a petition to have the GFA dissolved as well as a ten-day interim injunction to enable the State to prepare adequately to deal with the rot at the GFA following revelations from the documentary.

The Ghana League Clubs Association (GHALCA) as well as former GFA Chairman, Dr. Nyaho Nyaho Tamakloe, believes the stakeholders of the game should be allowed to play a major role in what should be a restructuring process.

GHALCA, on the other hand, is seeking permission to set a date for an emergency congress, but have been turned down by the Sports Ministry.

The Attorney General and Minister of Justice, Gloria Akuffo, has reaffirmed that government will go ahead with processes aimed at dissolving the Ghana Football Association.

This comes in the wake of several appeals from various quarters for an alternative approach to be employed.

She insists that the FA has deviated from its primary functions and thus must be completely disbanded.