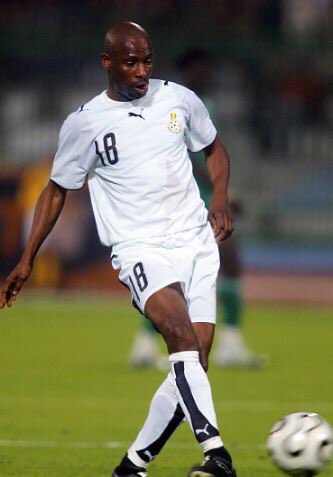 Ghana Black Stars skipper Asamoah Gyan is arguably the best and most influential Ghanaian footballer in history with the highest number of goals and the most appearances for the national team and still counting.

But the journey of Gyan’s goal scoring feat started in 2003 with the late Yakubu Abubakar providing him with the assist to score his first goal for Ghana.

Gyan wrote: “Rest in peace bro. The first midfielder who assisted my first goal for Ghana in 2003. I will never forget this bro. @AbubakarYakubu. Aka zapata.”

The death of the combative midfielder left his former club Ajax Amsterdam in a state of utter shock and complete dismay demonstrated in a club tribute released after the player’s death.

The hard tackler is always remembered for his bullish tackles and combative midfield display during his hey days.

Yakubu was strong, defensively apt and offensively clever as he guided the Dutch side to their league titles in 2002 and 2004.