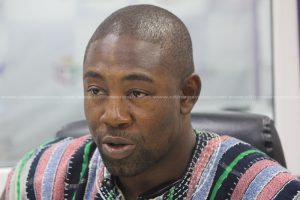 New Patriotic Party (NPP) MP for Ledzokuku Constituency, Dr. Bernard Okoe Boye has categorically stated that government will not increase the existing VAT rate in the mid-year budget as has been widely suggested.

With just a few days until the Minister of Finance, Ken Ofori-Atta presents the midyear budget review in Parliament, there are suggestions that government might increase the VAT rate and the National Health Insurance Levy, [NHIL] in the review.

Some individuals, including former President John Dramani Mahama, have since raised concerns over the rumoured increment, arguing that the new taxes would cripple businesses further and also defeat President Nana Addoâ€™s much-touted mantra of â€œfrom taxation to production.â€�

He clarified that government is only devising measures of raising revenue in a manner that will not negatively affect businesses and individuals.

“There will not be any VAT increase. What is happening is that government is contemplating very innovative ways of raising revenue in a manner that will be least destructive to business and bring as minimal discomfort to citizens.”

Tax Analyst with Ali Nakyea and Associates, William Demitia has already warned that any attempt to increase VAT and the NHIL could lead to an increment of prices of basic amenities.

According to him, NHIL and VAT are consumption-based taxes that affect almost all items sold in the market.

He explained further that â€œunless government says that the supply of water is exempt from VAT, then we are going to pay more for even waterâ€�..

But CEO of the Ghana Investment Promotion Center, Yofi Grant has urged Ghanaians to embrace any increase in taxes since government will provide social interventions to cushion them .

Meanwhile a Deputy Minister of Information, Kojo Oppong Nkrumah is hopeful Ghanaians will rally behind any plans put in place by government to raise more revenue in order to fund its projects.

Why we are dragging Mahama, Julius Debrah to Amidu – CNA explains