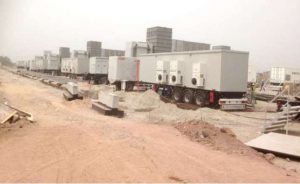 Opposition has intensified against the new arrangement on the AMERI power deal which is currently before Parliament.

The latest to resist the new plan is the Institute of Energy Security (IES).

The energy think tank believes the country risks paying more when the deal is agreed upon, in its current form.

The IES also cautions that the situation is dire at a time where Ghana cannot lay claim to the power generating plant after the timeline is reached with the new arrangement.

He added,â€œOn average terms, over the twenty year period, we will be paying 11.45 cents per kilowatts hour. In the proposed agreement, we are seeing a tariff charge of over 11.7.â€�

The government wants Parliament to agree to a new deal that will see a new company pay off the cost of abrogating the earlier contract with AMERI.

In the meantime, the country will resort to paying 50 million dollars in capacity charges for the new entity, for the next fifteen years.

But the Executive Director of the IES, Kwasi Anamuah Sakyi insists the arrangement has no merit.

â€œInfact when you do the calculation, we are going to pay within the fifteen year period, about 1.6 billion dollars in the new agreement. We think that this will not help Ghana and we are urging Parliament not to approve of this new deal because it is going to cause us more than what we have currently,â€� Kwasi Anamua Sakyi stressed.

Citi Business NewsÂ understands that a joint meeting of the finance, Mines and Energy committee in Parliament over the latest AMERI deal, has been adjourned.

This follows the minorityâ€™s call for fresh information on the deal that is currently not available.

‘Renegotiated Ameri deal the worst I have seen ‘- Jinapor

EC ‘sankofa’ logo will not ‘cost any significant money’

MoFA takes delivery of 3,000 motorbikes For distribution to extension officers

Dagbon Is Deeply Grateful To President Akufo-Addo – Ya Na