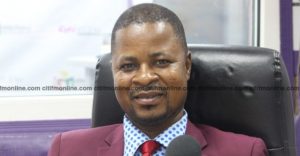 The Deputy Attorney General, Joseph Kpemka, says he has seen and suffered first hand the effect of the no-bed syndrome.

OnÂ Tuesday, the Tempane MP shared in Parliament the story of how he lost his wife, whoÂ was denied treatment at five hospitals after she suffered a stroke in September 2016.

“Mr. Speaker, I would like to refer to it as the seven hours of hell on earth here in Ghana,â€� he said.

“What is very sad about it is that they donâ€™t even try to give any first aid or try to see the patient. They just come and tell you there is no bed.â€�

But the MP who passed out soon after the wifeâ€™s death said he woke up to find himself in a luxury ward at the same Ridge Hospital where his wife died with an extra empty bed and nurses around him.

“From the interactions I had with all the medical persons available, the situation could have been ameliorated or soothed if within an hour or so after we were referred, she would have gotten a bed in one of the hospitals and given intensive care,” Mr. Kpemka recalled.

The no-bed syndrome is firmly in the spotlight after a 70-year-old man, Prince Anthony Opoku-Acheampong, reportedly died in his car at the LEKMA Hospital at Teshie, after seven hospitals turned him away over claims there were no beds.

The deceasedâ€™s family started searching for a hospital for him at 11:00 pm on June 2, travelling for about 46 kilometres in total, across the seven hospitals, till he eventually died at around 3:30 am.

The first hospital Prince Anthony Opoku-Acheampong and his family went to before he died was a private facility,Â  C&J Medicare Hospital.

Over there, a nurse confirmed that Prince Anthony needed to be hospitalized after a brief assessment, but said the hospital could not cater for them. 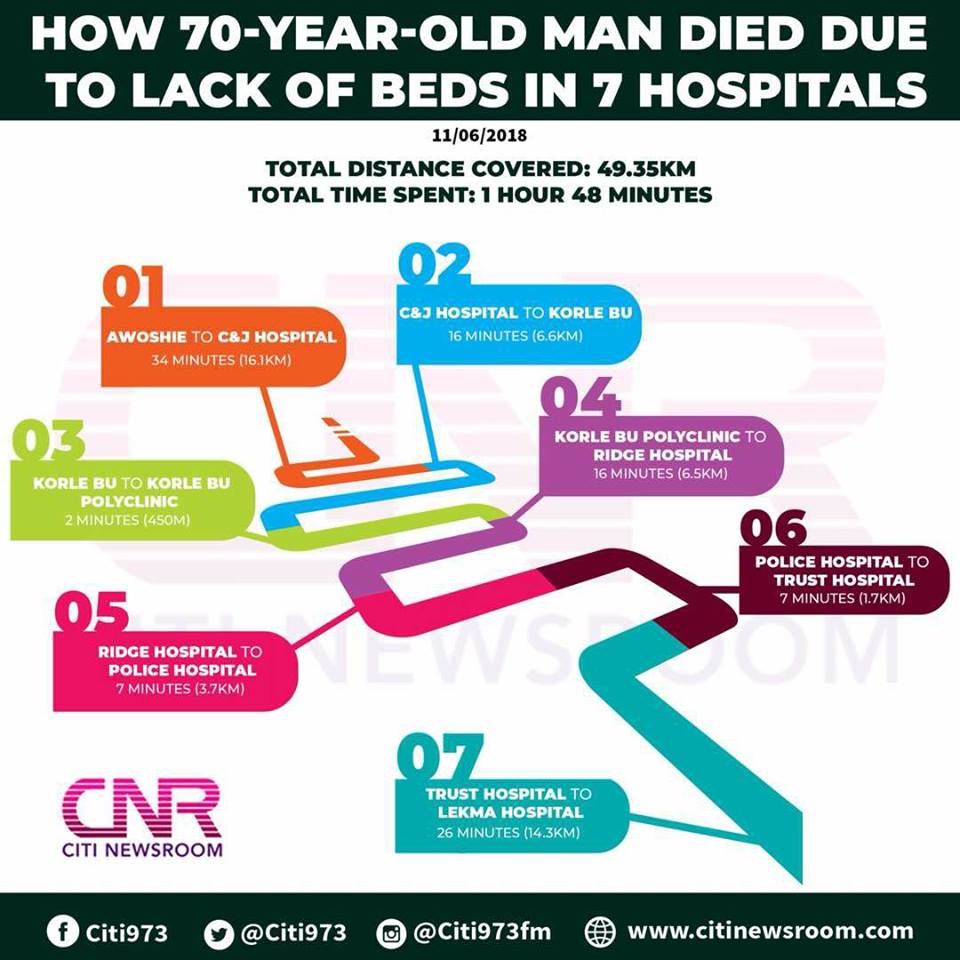 The Speaker of Parliament, Professor Mike Oquaye, has also charged the Health Committee as well as the Constitutional, Legal and Parliamentary Affairs, to come up with laws and regulations in the medical field that will deal with the no-bed syndrome at some of the countryâ€™s health facilities.