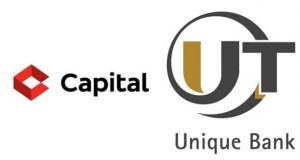 Banks in Ghana say the collapse of some banks in the country is adversely affecting deposits.

According to them, deposits have gone down considerably in the last few months as a result of challenges facing mostly indigenous banks.

Bank of Ghana announced the collapse of UT and Capital banks about a year ago allowing GCB Bank to take over the two insolvent banks.

In March 2018, the central bank again announced that indigenous bank; uniBank was also on the verge of collapse and took over it allowing audit firm, KPMG Ghana, to take over the administration of the bank.

Again, in May 2018, BoG announced the appointment of an adviser to directly supervise operations of Sovereign Bank which the central bank claimed faced governance and capitalization challenges.

Speaking on the Citi Breakfast Show on Tuesday, spokesperson for the Association of Indigenous Universal Banks, Issah Monney, said their customers are holding back their deposits because they are scared.

â€œSince this Capital, UT and uniBank issue, customers are scared as to what exactly to do. Deposits are already going down in the banks.,â€� he added.

He said their customers are instead taking their monies to other places where they believe their funds would be safe.

â€œPeople are withdrawing monies taking them to where they think their monies will be safe,â€� he added.

Touching on the recent assault on a customer of Midland Savings and LoansÂ by a policeman, Issah Monney said such incidents will further worsen the plight of local banks in the country.

â€œWe do not think that people should be treated like that. Customers of banks are special. Banks donâ€™t create money. They donâ€™t manufacture money in their premises. The monies banks have are deposits by people so if you treat customers like that then what you are telling them is that when you come here we canâ€™t work with you. And nobody would like to work with you,â€� he added.

All Die be Die: First Blood at AWW By-election!