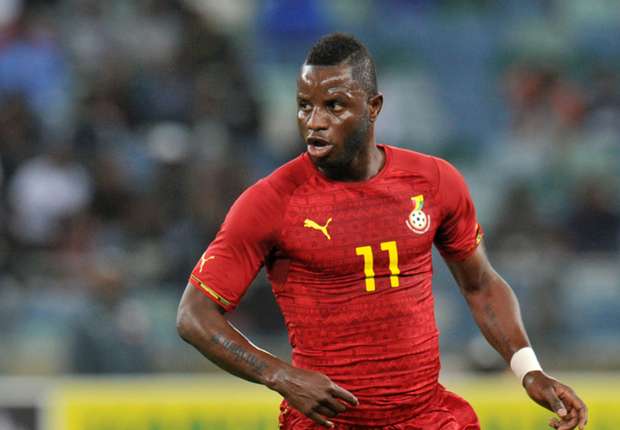 Gyan limped off training on Wednesday and could play no part in the unneeded final Group E clash at the Cape Coast Stadium.

”It’s a pity not to have him [Asamoah Gyan] here but since we are together, he’s in Ghana and we are in camp so we still have his spirit around us so the morale is still the same. It’s like we still have him around us,” he said in an interview.

Wakaso, who has earned his first call-up since Kwesi Appiah returned as head coach in May, played in Thursday’s 5-1 win over Glow Lamp Academy.

The Alaves ace is happy with the support from the Cape Coast fans after three days of training in the Central Regional capital.

”I can see the fans are willing to see our play and we are also glad to have them hear. We will also do our maximum best to give them what they want,” he added.

”As a player, I will tell the supporters that they should come and Insha Allah we will also deliver to them.”